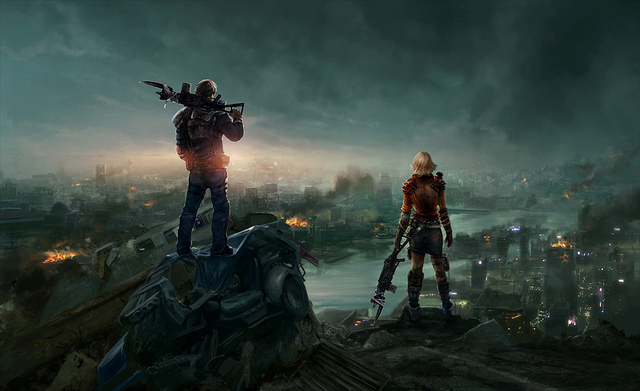 Has anyone noticed the new thing they are doing with games? Zombies. Seriously, look around you, and really take into account just how many zombie games or zombie updates games have been receiving. With titles like call of duty, Red Dead, and the recently announced Dead Rising 2 Off the record, Lets face it. We are in a zombie infested game industry. Me personally I like the Dead Rising zombies better. I’ll tell you why later. Right now I want to share my personal experience with the PlayStation exclusive Dead Nation.

Now right off the bat, let me tell that this genre is right up my alley. Currently in my possession are all of the Walking Dead comics, and I also look forward to season 2 of the series. With all this zombie knowledge,  figured this game would be it for me. It combines two of my favorite things. Zombies & PS3 exclusivity! Hell, i’ve never even seen a single trailer or clip of game play. I was coming into this game fresh. After a few updates and installation, I turned off the lights, Sat close to my TV and was ready for some zombie killing action! Needless to say my expectations came crashing down. 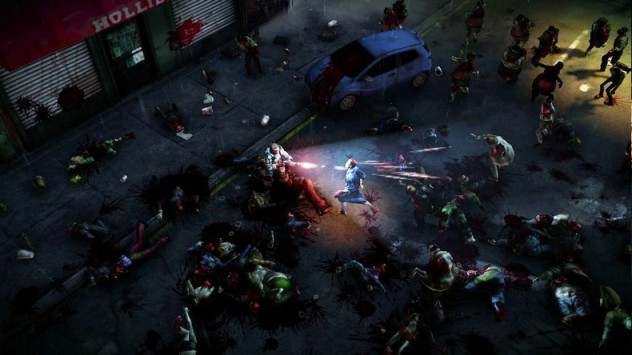 The game is a shoot-em-up Arcady Experience. Which is not bad, but the controls to me felt very clunky. The character I was controlling was not responding to my commands quick enough. When you’re in the zombie world, fast movement is very key to survival. I found myself getting killed from nowhere quickly. Maybe because I was still learning the controls or because I just suck. Who knows. The tutorial was way too fast with text coming and going faster than a iPhone. It’s especially hard to read the text while fighting off zombies at the same time. There should have been an area where there were none, and you could learn the basics on your own terms.

My biggest problem with the game is the zombies. I know I will sound like a whiny bitch for this, but I hate running zombies! I am a
zombie fan boy. They are my favorite monsters. Zombies in my opinion should not run. Just because one film had running infected people, society thought they were zombies so now modern-day zombies run. It’s so pathetic! the game was impressive to some extent to let it go. I understand that there are some different zombies but some were straight up sprinting to me. Killing me then having to try all over again. Really annoying.

The Coop is the only thing I like. I was about to demand my money back, but then I played with a few friends and yes the reviews
were right. Even though my partner was doing most of the killing it was still fun to see how the game progresses story wise. However, I am the kind of gamer where if the gameplay is not as good as the story, or if they both suck, I will stop playing. Would I say this game is worth your money by yourself? No. Should you play it at a friend’s house? Yes.

+Can be fun playing with friends

-The game gets really cheap

-The tutorial is weak