Hard Corps Uprising is a prequel to the events of the original Contra: Hard Corps. You’ll play as either Krystal or Bahamut. Bahamut was actually the villain from the old game. A unique twist, but the narrative isn’t the focus in this title. While the name has changed, the game hasn’t. This is contra. From the cool weapons, to the over the top bosses, Uprising will make any fan of the series proud. The game was developed by the folks that made Guilty Gear and Blazblue. It definitely shows. The heavy metal music sounds as if it came from either of those titles, as well as the detailed 2D sprites. Simplistic background visuals bring out the character models even more so. When you put the game in, your treated to an amazing Anime opening where-in big battles are going on. you see all of the main characters in action, as well as the extra characters. Which brings me to one of my gripes. Day one, the game comes out and there is already character DLC that will run you $2.50 a piece. What makes it even more pathetic is that in the main movie sequence you see the DLC characters doing all kinds of work, but you can’t even play as them unless you pay up. Very Weak Konami.

The game has 8 levels, and each one is very lengthy. They all have Varied locations, with each stage topping the other. You start in a desert and work to the jungle, the ruins, and even the big city. Boss battles are frequent and hard. While this is the easiest contra available, that’s not saying a whole lot. The enemies are still relentless, putting your reflexes to the test. You will die often. Especially in arcade mode. Arcade gives your character preset abilities and lives. You lose them all, its game over. That is the version of the game that feels the most nostalgic. Safe to say most will enjoy rising mode way more than arcade.

Rising mode is arcade but with a twist. In this mode, everything is upgradeable. By killing enemies you earn Corp Points (CP) with the points you can advance a hefty amount of features. From your characters physical abilities, to the powers of their weapons. You can even increase your life count significantly, making the game lean more in your favor. I personally love the upgrade that makes every single weapon automatic. Automatic Rocket Launcher? Yes please. So for the people who complain that the game is too hard, just keep grinding, you will be strong enough to get through the stages eventually. You know, like scott pilgrim. Unlike SP, this game wisely features online play at launch. 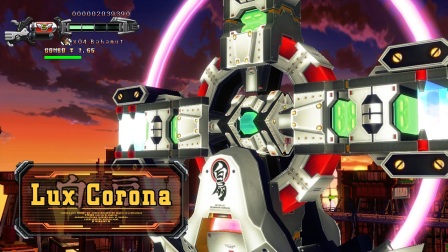 You can search for people with the best connection. As always, contra is made to be played with someone else. So if you just sat there and played the demo by yourself, that’s some weak sauce. Play the trial again with someone, and tell me you didn’t enjoy yourself. I guarantee it. Another little thing that i love, if you play rising locally with someone, it will give that second player exactly everything that you earned. Hard Corps Uprising is a difficult game, but now there are ways to combat its difficulty. The game doesn’t hold your hand at all, it just gives you a fighting chance.

+Character Customization is out of this world

-Difficulty will still be too much for some

Legit Fact: At the loading screen before Mission 1, enter the classic code Konami Code before loading ends to hear the original Contra music in the level: