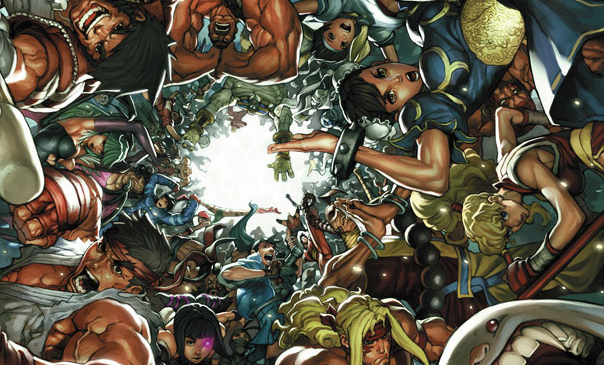 Superhero/Comic Book expert Cmack, did an article several months back that still generates weekly views. He listed 7 characters that need to be in Mvc3. Now we are doing it again, but from the Capcom side of things. Remember, when PL put these lists together, we weren’t just picking the characters we wanted because we like them. They were chosen because, we truly feel that they will mesh well with the rest of the Mvc3 roster. Check out these picks. You will be surprised. Word.

The Umbrella Corps nightmare could be a dream come true for mvc3 players. This Tyrant, would for sure have his patented rocket launcher to use in battle. His attacks would hurt. His grapples, devastating. If you can remember RE3 for a sec, Nemesis would mutate into deadlier forms as the game went on. Could you imagine this during a fight? We can.

The Man has Grenades and Knifes. Perfect for Mvc3. I’m thinking (unfortunately) BB Hood won’t be in the game this time, so this would be an adequate replacement. Rolento has a huge fan base. I always see his name pop up on fighting game wish lists. Since we couldn’t get him in Street Fighter 4, Mvc 3 might work even better for his style of character. It’s about that time the world gets acquainted with Rolento and his Baton. 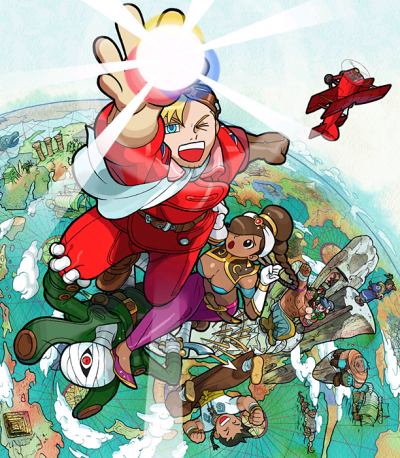 Power Stone’s most memorable character Falcon, needs to be in this game. It could be just like Power Stone. For example, The Three Power stones would be scattered all over the stage. If he manages to collect all three, his transformation would begin. Power Stone was notorious for its special moves and speedy gameplay. Does that sound like another fighting game to you?

Before you laugh, think about how he would work into the game. With Will’s Jetpack, you could land some nasty air combos. The kind of air combos that would be hard to break. Plus, if they keep him hovering Magneto style, that would just be cool. Dark void Zero was actually an awesome game, just try to forget about the console version. Come on Capcom, We need to keep Nolan North busy.

Rival Schools star Batsu would be great in Mvc3 because of his easy to pull off moves. Anyone with a Wii, that was wise enough to pick up Tatsunoko Vs Capcom, already knows what he can do. His fast projectiles would work great with a team special. Batsu would slip the blast in fast, hopefully before your opponent could defend. I personally love his Hands on approach to fighting. He has a street brawler style that I can relate to.

While Soki was a great character to use in Tvc, Samanosuke I believe would be even better. If you ask Capcom, Onimusha is probably one of their most requested sequels. Until the inevitable happens, this would be a nice fix. Soki was slow, but packed an incredible punch. Being able to save up your energy to turn into a super demon helps too. Samanosuke would have the strength, and possibly be even quicker than Soki on the battlefield.

Zero’s in the game, so why not his Teammate. You have to have Mega Man in a Vs game. You just have to. It’s an unwritten law of sorts. We know how Normal Mega Man fights, and we know how his Legends counterpart throws down, so How about his future-future version? I think He would be the most powerful version yet. Either way Capcom, Please keep Roll on the shelf (Servbot too).

Who would you pick? Please put your choices in the comments below.