Lets be real, The Kinect was clearly rushed to shelves to take advantage of the holidays. With two Wii remotes available on the market now, not using the Kinect for better titles is a pure letdown. As it stands, the roster of games are downright embarrassing. Outside of Kinect Sports and maybe Dance Central, there’s nothing really worth your time. So here at Play Legit, we’ve compiled a list of games that could make interesting use of the Kinect, and in the process, add a little bit of credibility to the device. Prepare to be surprised. Guaranteed. 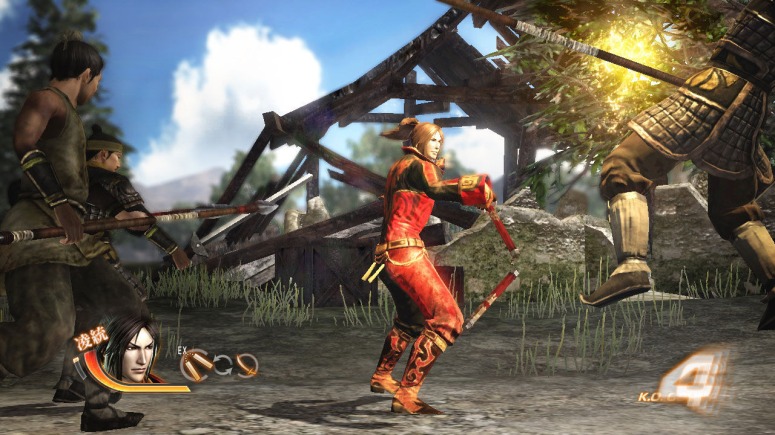 Let’s face it, this series needs something new. Something like: Next-gen graphics, decent voice acting, online play that isn’t laggy as sin, etc. The one thing that keeps bringing me back to the Musou series, is its combat system. Maybe motion control could help enhance that strength in the series. I’ll be honest, I kind of just wanna see my friends waving their hands around like idiots. If you think about it though, you might get a decent workout in. After all, killing hundreds of enemies should leave you a bit tired.

This could be the first true Minority Report experience. Also battles could be more exciting. Instead of scrolling through the text slamming on the button, just wave your hand to the side. During battles, Select your Attack moves by just highlighting it with your hand. Most JRPG’s utilize simple controls anyways, so this idea really isn’t too far-fetched.

While Manhunt 2 wasn’t as well received as the first title, no one can deny the sheer carnage each game contains. In the first two games, you would be treated with a brutal action sequence. In the scene, the lead character would destroy somebody with whatever object they had at the time. Choke, Shank, Slap, and even Curb Stomp. All of these things would be detected with the Kinect. I’m thinking you could play the game in the traditional way until you trigger the executions. These ideas, with next-gen graphics could be a winning combination. While this game would be undeniably brutal, the mechanics would be ground breaking. Somehow, I think Rockstar would be up to the challenge.

Before you laugh, work with me for a second. People all the time mess around with their buddies, doing air guitar hand signals. Hell, there’s actually competitions for it. What if you held your arms in the shape of a guitar and strummed the chords to the in-game soundtrack. Of course this feature would be optional, and you could play with the default controller as well. Some might think this is cheap, but honestly it would save money on those damn peripherals.

One hand would control the hero, the other would point and shoot. This Sin and Punishment would have the next-gen graphics we expect, and maybe even online coop. I do mean just online though, you wouldn’t want to end up like this kid. With the faced paced arcade gameplay this series is known for, This concept would really have you’re hands busy. The Kinect sensor would truly be tested. If it can handle the high-speed action of S&P, than maybe this, and the rest of our ideas would give the device some legitimate sales. Sales beyond housewives and those snot nosed kids.

One thought on “5 Games That Must Kinect”