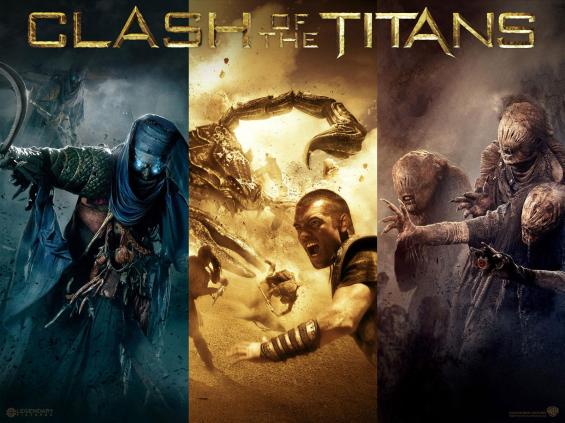 The Late to the Party movie game cash-in Clash of The Titans is here. Lets just say it should have stayed in Limbo (too soon?). Nothing in this game is above average. Level design is poor, music is generic and the voice acting is very dull. The only part about this game that was okay, was that the characters look exactly like their movie counterparts. This game isn’t Tour de France bad, but its in the same neighborhood.

The ways you go about defeating enemies is also generic. The game uses timed button press like God of War but it just comes off clumsy. It gets real old when you see the same animations kick in 80 times with no variation. The same with the weapons, none are really exciting to use and Perseus has boring combos so the fun of combat is instantly stripped from the player. I thought Perseus was supposed to be Zeus’ kid. I guess demigods should stay away from next-gen consoles.

You would figure with an action/ Adventure game this is exactly what you would get. You know, exploration, puzzles, platforming. Forget about all of that. There’s no adventure to be had with this game. You are always getting sent on idiotic errands. For example kill 10 enemies before time expires. These are typically bonus modes in another games, but this is what Clash of The Titans calls home. The areas they send you to repeat often, look bland as hell and are all very small.

If you can make it the game should take you 8-9 hours to complete. So to get out of here so I can play the real clash of the titans (God of War 3), If you want a quality 60 dollar game this isn’t it. I wouldn’t even rent this game. Stay away. No replay value, no heart and one of the worst movies tie-ins I have ever played. Namco should have kept this Kraken in the water.

Clash of The Titans gets a MF out of five