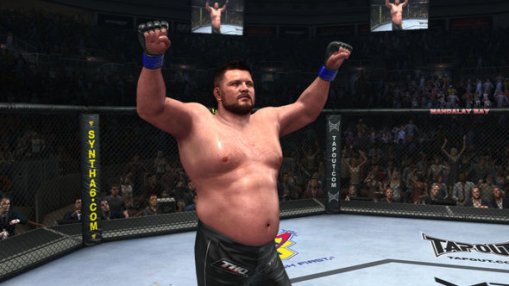 Finally its time to step into the Octagon again. UFC Undisputed 2010 is here with a load of new modes and features including a larger roster of fighters and the feature to make your own fight camp.

The Career mode is largely unchanged but there are a few things that added to the 12-year journey. Now you can Participate in Title Fight Weigh-ins and also engage in post fight interviews with Joe Rogan. It’s all fun, but can get repetitive as your career goes on. When being asked the same questions, receiving the same e-mails every week from Rachelle Leah, and hearing the same 7 songs over and over, it can get stale. Do to the fact the overall fighting system still remains  solid, competing in career keeps the mode afloat. It would be nice for next years UFC to compete on The Ultimate Fighter. This would add another level of much-needed depth to this mode. 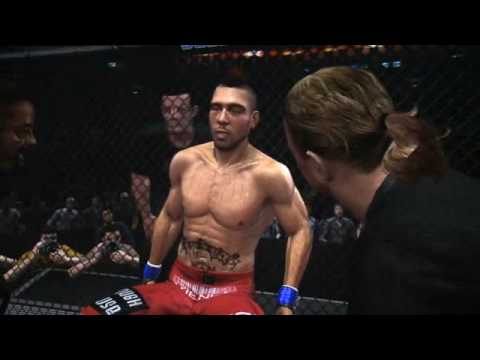 The Additional Modes are nice add-ons to the series. Title Defense is a survival mode where you take on waves of fighters in an attempt to keep the strap around your waist. Just like survival modes in other games, most of the damage you’ve sustained will carry over to the next fights. Also you can  design your own PPV card and title it whatever you want. The Ultimate Fights mode comes back with even more requirements to succeed. The objectives are tough, but you are still rewarded with tight video clips from the actual fights. I recommend unlocking the Henderson/Bisping fight.

Every weight class has its fighters that are phenomenal, and it translates well into the game, maybe a little bit too well. The tutorial mode teaches you the fundamentals on how to reverse transitions and strikes and so on, but when fighting against someone like Brock Lesnar, it all gets thrown out the window. You will feel this on the harder difficulties the most. Every reversal attempt you try, he will cancel, and its nearly impossible to escape. Forget about submitting him he will break out of your hold with ease. In this aspect the game contradicts itself. They show you all of the steps to succeed, but then when its crunch time, it doesnt always work. It’s very frustrating but can easily be fixed with a patch.

There is a lot more variety in combat this time. In the last game you had a large roster, but everyone seemed to fight very similar. Thankfully in 2010’s version this has changed. There are now more fighting styles you select from and the combatants you know fight exactly as they would in real life. The Ground game allows for more transitions, and more chances for you to get the advantage over your opponent and you can also use the cage to help you get out of a nasty situation. Really though, nothings more satisfying than landing that K.O.

The online is pitiful on both systems. Game speed comes to a screeching halt almost 80% of the time. The fight camp would probably be cool if I could set it up without getting dropped from the servers. I can make the camp (watch out for Team Crash), but was not able to engage in any of its features. Its something we expect from THQ, but now its more of an issue due to the fact they charge people to play online. With every new copy of UFC 2010,  the instruction book contains a code which gives you the privilege to use the online features. Without this code you’re not getting online at all. Period. EA sucks for this too, but at least they have a 10 day period where you can play without entering a code. 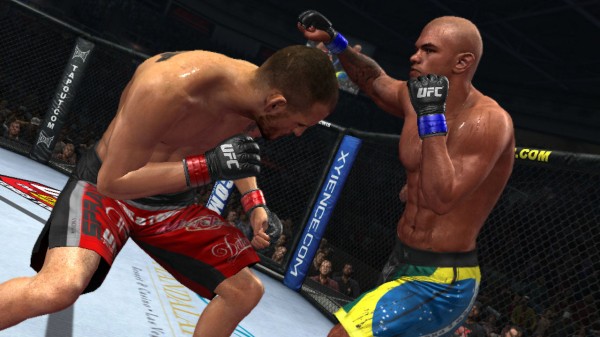 When it comes down to the Presentation, UFC 2010 has it. When it comes to  the fighting system, THQ has done a solid job. If were talking about the online functionality though, it’s a dud. THQ has just done enough to make this worthy of your cash again, if you liked 09’s version you should be fine, but for casual gamers you may want to rent it first. Thankfully the fighting system, while flawed is still very fun to use. This alone saves it from a lesser score. Until we see a Patch that fixes the online we can only give this game

+The Presentation of UFC is fully captured. 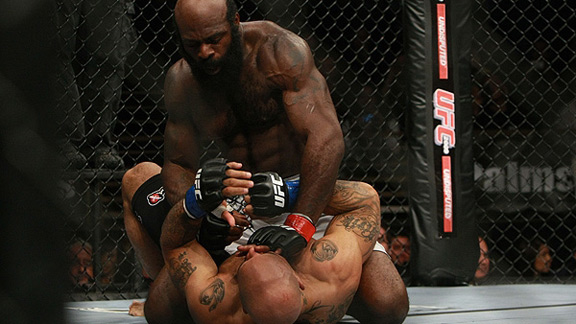