Super Street Fighter IV is out on XBOX 360, and PS3. First off I’d like to say this game is not an expansion.  As some people might have you think. Capcom improved on the graphic’s of each character. Capcom brought 10 new characters to super street fighter IV all of which are awesome to look at, and are really fun to play. Everyone has their own unique moves.  All of the 35 character’s have their regular ultra’s but now have an added ultra which look amazing and awesome. Now the background stages seem more dynamic the same can be said about the 5 new ones. This is an improvement but capcom should have at least 1 stage per character in my opinion like they used to.

With this new installment in the street fighter series capcom finally introduced the long anticipated and much wanted lobby system where you can now battle your friends. There’s 2 new modes to the multiplayer Endless battle where you and your friends or random people can be in a competitive match. or be in a never-ending match with whomever is winning staying in play and the rest of the lobby taking turns trying to oust the winner from his position. It’s insanely addicting and great fun.

The second online mode brought to super street fighter IV is Team battle where you and your friends face off against 3 opponents to see which team either red or blue is the best of the best. Another addition to super street fighter IV is the replay channel now can save replays from past matches and watch them either by yourself or in a party of friends . It is very useful also to re-watch past matches against opponents you didn’t beat and see what mistakes you made. You can better strategize on how to fix your problems with your fighting style, and become a better player overall. 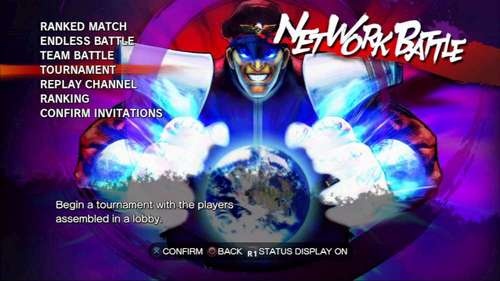 We don’t know whats up with some of the other critics missing the “Indestructible” theme song from the first sf4. They are only speaking for themselves, because that song was awful. So thank you Capcom for getting rid of it, and adding the feature to hear each characters BGM while you fight. This was a real nice touch. All in all Super Street fighter 4 is a full on game, this isn’t a ODST expansion. SSF4 has features filled to the brim. This alone should call for another investment. Its Forty dollars, Its kick ass, and its legit. Super Street Fighter is the Definitive game for true fighting fans.